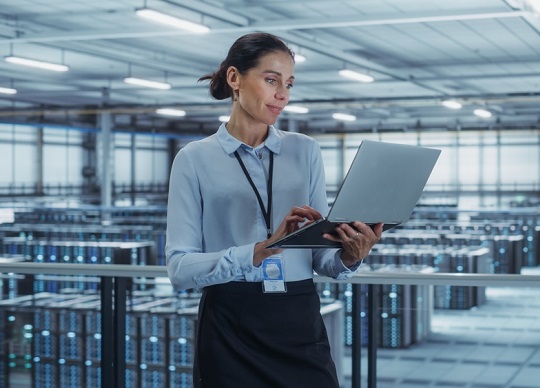 Women’s employment in the cybersecurity industry is now growing faster than men’s, according to a new study from RMIT University.

The analysis was undertaken by the Center for Cybersecurity Research and Innovation (CCSRI) at RMIT University, which partners with the Australian Women in Security Network (AWSN). AWSN’s participation in the study was facilitated by sponsorship support from the Australian Directorate of Signals.

The cybersecurity industry is one of the fastest growing professions in Australia and the growing number of women is a big part of that. While women are still a minority, accounting for just 16% of cybersecurity, the sector is seeing significant growth, according to RMIT’s analysis of data from Australia’s 2021 Population and Housing Census.

Based on census data released by the Australian Bureau of Statistics last week, RMIT economist and CCSRI research team member Dr Leonora Risse finds that “although the share of women in the Cybersecurity employment is still low at 16% and there’s a lot more we need to do, the good news is that the number of women is now growing at a slightly faster rate than that of men.

“Compared to 2016, we are seeing a slightly more than threefold increase in employment for men and an almost fourfold increase in employment for women. The dynamic has changed with more women flooding into the sector faster than men. The overall growth of this sector is phenomenal – an overall expansion of 230% – which is easily one of the fastest growing professions in the Australian workforce.

The other major development in the sector is the creation of a brand new classification of occupations in ABS data collection dedicated to cybersecurity occupations.

Dr Risse explains that “the creation of a new occupational category in our labor market statistics reflects the ongoing structural change in our economy as we move towards a more digitally dependent and knowledge-based economy. While some jobs have been replaced by technology and innovation, this is proof that new jobs are also emerging.

The 2021 Australian Census revealed that there are approximately 9,000 workers in occupations specifically related to cybersecurity, including cybersecurity analysts, cybersecurity advice and assessment specialists, and cyber risk governance and compliance. It is likely that we will see these professions grow significantly in the years to come.

In its forecast of industry skill needs, AustCyber ​​estimated that Australia would need 7,000 more practitioners in the cybersecurity sector by 2024. The fact that the workforce has already surpassed this forecast suggests that it has grown faster than expected.

Women currently make up around 17% of these cybersecurity-specific jobs.

Dr Leonora Risse, RMIT Economist and member of the RMIT CCSRI research team, adds that “gender equality in the sector is an important ingredient in preparing the sector for future challenges, as greater diversity amplifies the the industry’s potential for innovation, its ability to solve problems and its ability to respond to real-world challenges.

Previous estimates of the share of women in the security industry have been vague and unreliable, according to RMIT Center for Cyber ​​Security Research & Innovation (CCSRI) Director, Professor Matt Warren, who explains that “our current study generates a more definitive measure of the size as well as the extent of gender diversity within security personnel.

The information gathered through RMIT’s research will be used by industry partners to design effective solutions to rectify gender imbalances in this industry and create a more diverse and inclusive profession. A research-based approach will also allow the industry to understand resistance to equality initiatives and why some attempts to implement diversity initiatives sometimes fail.

Jacqui Loustau, Executive Director of AWSN, a nonprofit aimed at increasing the number of women in the security community, adds “this study will allow AWSN to assess the impact of our initiatives. a baseline and clearer picture of the actual number of women working in the security industry will allow us to measure the success of initiatives to attract, support and retain women in the industry.

“The knowledge generated by the research project will be invaluable in broadening the sector’s talent pool and equipping it for the growing challenges and demands it will face in the future. While existing research suggests broad ways to expand the sector’s talent pool more broadly, there is little focus on the gender dimensions and factors that explain the low representation of women in the sector. This project will allow us to better understand the factors that can deter or enable women to join and pursue successful careers in the security sector. »

The Acurus Journey: From Building White-Label ISP Platforms to Superloop