Chattanooga-based insurer Unum is creating about 100 jobs in the city and more than 200 companywide as the company introduces new products.

“We have growth and expansion in the operation,” Kimberly Bowen, senior vice president of global talent and inclusion for the disability and volunteer benefits insurer, said in a phone interview. Friday.

She said the new jobs the company plans to fill range from entry-level positions to positions for people who have been in the workforce for a few years, as well as seasoned professionals.

Many of the positions are in finance and information technology, Bowen said.

Historically, the company has struggled to woo employees in these sectors, and Unum is partnering with schools to find workers, Bowen said.

“How do we start developing that talent here in Chattanooga so that we’re not going outside to get them? We’re very focused on local hiring,” she said.

Bowen said the company has about 2,200 employees in Chattanooga. That’s compared to a pre-pandemic number of about 2,800, according to the Chattanooga Area Chamber of Commerce.

The Unum official said the coronavirus pandemic had significantly boosted competition for workers. Many people found they could work for companies anywhere while living in Chattanooga, she said.

“It made local recruiting more difficult,” Bowen said. But, she says, they are seeing a change in that trend.

“That’s one of the reasons we’re focusing and doubling down on hiring locally,” Bowen said. 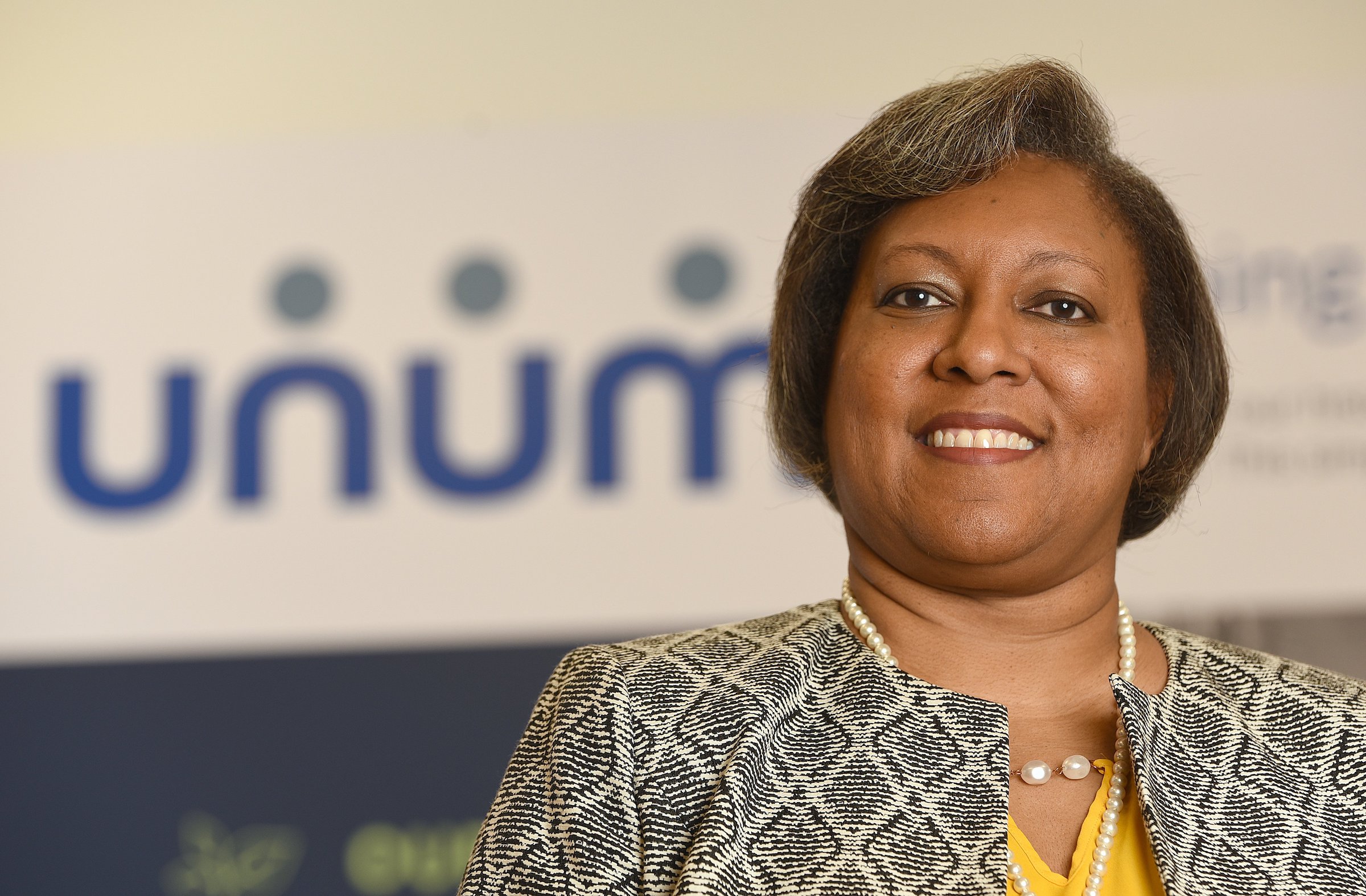 Staff file photo by Matt Hamilton/Kimberly Bowen, Unum’s senior vice president of global talent and inclusion, is shown at the company’s offices in Chattanooga on April 26.

Unum’s third-quarter results released in late October showed a 27% gain in net profit from a year ago with growth in its U.S., International and Colonial Life businesses.

The insurance giant had reiterated in the results its outlook for the full year of at least 40% revenue gain this year.

Unum CEO Rick McKenney said in the earnings announcement that the insurer’s business “is doing well as we look to the final quarter of the year. Our strong third quarter results reflect the earnings capacity of our lines of business and our continued favorable benefits experience, positioning us well for growth heading into next year.”

Bowen said that for its employees, the insurer nurtures a culture of career growth and advancement by emphasizing promotions from within.

“Our comprehensive benefits package, career growth opportunities, culture of connection, and dedication to inclusion and diversity help our employees grow professionally and personally,” she said. “One of the things we do really well is provide the benefits people need at specific times in their lives.”

Bowen said Unum had shifted to a hybrid work culture with most positions in Chattanooga as a result of the pandemic. Employees work so many days per month in the office. They then work wherever they want for the remaining days when it makes sense, she said.

“We will continue with this model,” Bowen said.

Space in her Chattanooga office isn’t an issue, she said.

“Our space was built for a flexible or hybrid model,” Bowen said. “The anticipation is that not everyone is in the office every day.”

In 2019, Unum began redoing its workspace inside its iconic downtown headquarters, spending more than $40 million. Many people did not have their own permanent office, but used a variety of open workspaces throughout the building.

This allowed employees to move from Unum’s old west building to the east tower, and the company began renting space to other companies in what is now known as 555 Walnut. .