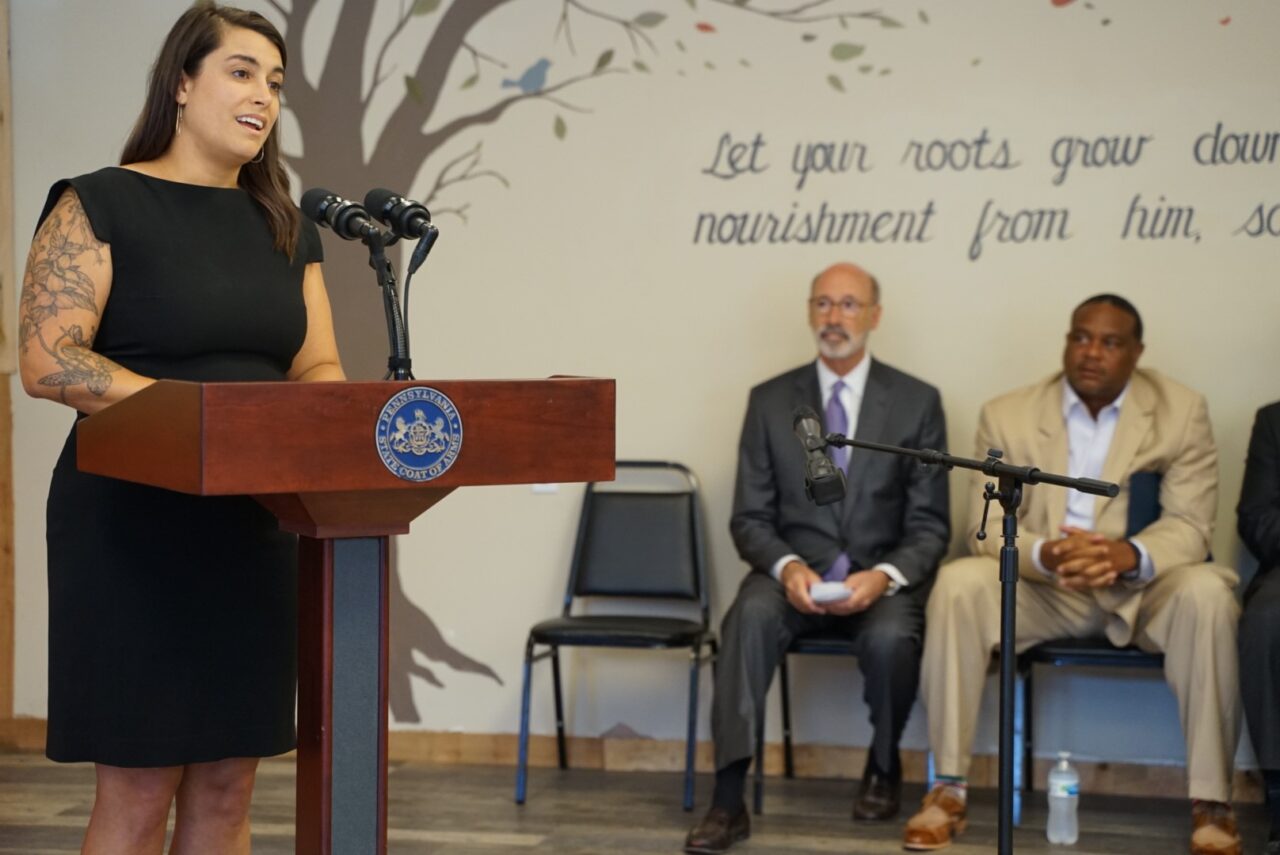 Barbara Williams’ daughter died 19 years ago, leaving a 2-year-old granddaughter to care for. She moved from Homewood to Sharpsburg soon after, and she “had to learn to adapt.” But then her husband died. And she ended up confined to her wheelchair and couldn’t work.

She got into debt. “I just felt like I couldn’t find another job because we wanted to hire someone in a wheelchair? »

Then she got involved with a program called Roots of Faith in Sharpsburg, a Methodist organization that she says helped her get out of debt and into vocational training.

She lives on Social Security and said even with a part-time job she hopes to find soon, she can’t make ends meet.

Kathleen Stanley, Roots of Faith’s outreach director, said her anti-poverty campaign boosted earnings for her 14 graduates last year. It’s part of a larger effort, she said, that has reduced poverty from 30% to 23% in Sharpsburg. But now, she says, inflation has reduced those gains. 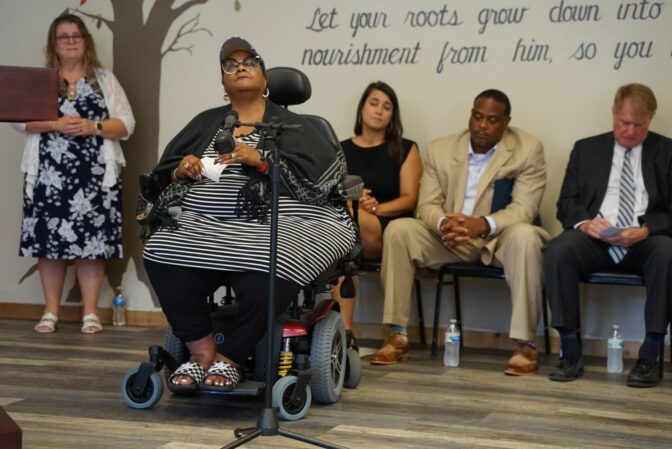 Barbara Cohen Williams said the Roots of Faith program helped her get out of debt and a $2,000 direct payment program will help her out of the water.

Williams said a Pennsylvania state program, the PA Opportunity Program, will help get her out of the water. He would send every Pennsylvania resident who earns less than $80,000 a year a check for $2,000.

“The program … will help because living off Social Security month to month, that money is gone before the end of the month,” she said.

Williams spoke at a press conference in Sharpsburg on Monday where Gov. Tom Wolf said he would offer no further concessions to Republicans to bring them back to the table. Wolf first proposed the program in February, but it didn’t garner enough support to go through budget negotiations this summer.

“I think sometimes in politics, persistence makes a difference,” Wolf said. “And if at first you don’t succeed, try, try again.”

One difference this time, Wolf said, is that Republicans have previously argued that it’s not the state’s prerogative to distribute federal COVID relief funds. But now, Wolf said, there is more than enough money in the state’s own coffers to fund the $500 million program for more than 250,000 state residents.

Jason Gottesman, the press secretary for Republican House Speaker Rep. Bryan Cutler, criticized the proposal in an emailed statement because of its potential impact on inflation.

“While Governor Wolf and his legislative allies have spent the entire spring and budget negotiations proposing policies that would only exacerbate record inflation that has driven up the costs of even basic necessities and crushed the growth of real wages, Republicans were advancing a major inflation-fighting economic agenda,” he said.

In February, the level of inflation in the United States was 7.9%. But some economists have argued that this may prove temporary due to the pandemic and the war in Ukraine. Instead, inflation continued to rise.

The $500 million cost of the program is such a small fraction of the state’s more than $700 billion economy, Wolf said, that he didn’t think this new program would cause additional inflation.

Representative Sara Innamorato argued that rising inflation was the very reason these $2,000 payments were needed.

“Increasingly, we hear of workers simply trying to make ends meet in the face of the COVID-19 recovery, rising commodity inflation and, despite the fancy headlines, jobs. that don’t really relate their life’s salary to the actual expenses it takes to survive,” she said.

Wolf said he had no new ideas or incentives to win Republican support. “I’m not sure it deserves a negotiation“, he said.

The best RTO benefit that no one is talking about? office gossip