For months, Social Security seniors have been forced to sit and wait for news of a 2023 cost of living adjustment, or COLA. At one point earlier this year, experts were calling for a COLA as high as 11%. But now that the final figure is in, we know an 11% COLA just wasn’t in the cards.

On the contrary, Social Security recipients will see their benefits increase by 8.7% in 2023. This will increase the average retiree benefit from $1,681 per month to $1,827. And because the cost of Medicare Part B, which is usually paid for directly through Social Security benefits, is decreasing rather than increasing, in 2023 seniors should be able to keep their next COLA in full. 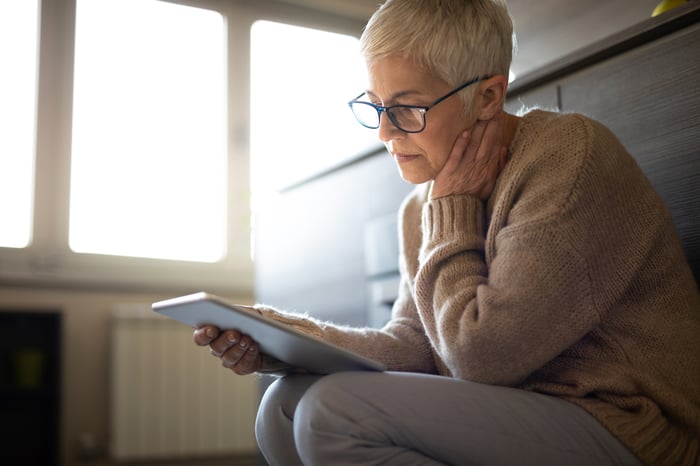 But whether or not you’re happy with an 8.7% COLA, the reality is that an increase that high is really a mixed bag. Here’s why.

A situation of good/bad news

First, let’s look at the upside of an 8.7% COLA. Social Security recipients are getting their biggest raise in decades, and it might be enough to help them gain some buying power at a time when the cost of living is so incredibly high.

The bad news, however, is that inflation could continue to rise in 2023. And if this scenario plays out, older people on Social Security may not gain any purchasing power at all. On the contrary, they could lose purchasing power if the inflation rate exceeds the COLA they expect.

This is precisely what happened to Social Security recipients this year. At the start of 2022, benefits increased by 5.9%. At the time, this COLA was the biggest for seniors in decades.

But then the inflation rate jumped so high that it left that 5.9% COLA in the dust. It has also left seniors who derive most of their retirement income from Social Security cash-strapped and stressed. And the fear is that a similar scenario could unfold in 2023.

Should we celebrate or not?

If you’re on Social Security, you can be happy about your next COLA. Or you might be disappointed that it’s not a higher number.

Either way, your goal should be to make the most of that COLA and jump at the chance to bank some savings if the pace of inflation does indeed slow. At the same time, it is important to recognize that the cost of living is expected to remain high, at least in the short term. They may start to decline gradually over the coming year, but given the current inflation situation, the cost of current expenditure is likely to remain high.

If you have the opportunity to increase your income – perhaps by taking a part-time job or renting out part of your home – then it’s worth taking advantage of, even with that 8.7% COLA. This increase may or may not do a good job of increasing your purchasing power. But if you take matters into your own hands, you can make 2023 the year you secure your retirement finances and build a savings cushion to lean on when needed.

When a security clearance comes with conditions