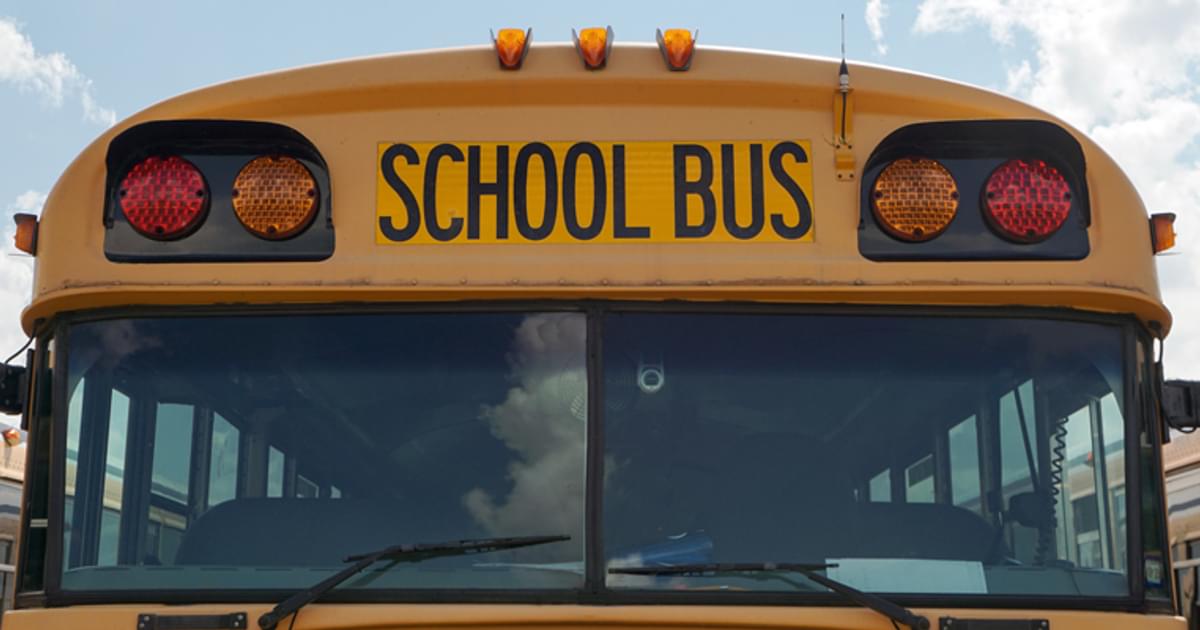 From Alaska to Rhode Island and even Hawaii, there is a shortage of school bus drivers that is impacting school systems, transportation officials and families across the country. Alabama is no exception.

According to a national survey conducted by Hop Skip Drive, 88% of respondents said they had problems with driver shortages.

In eastern Alabama, the Randolph County school system has 37 bus routes. Although it is difficult to find drivers and replacement drivers, transport supervisor Benny Floyd said he is doing everything he can to get students to and from school.

“I don’t have any subs,” Floyd said. “I’m constantly on the phone trying to cover routes. Especially with football, volleyball and softball, and field trips. I have to cover all of these routes.”

Some bus drivers cannot take days off when needed because there is simply no one to occupy the seat.

Floyd himself and two mechanics who work in transport had to step in and drive buses themselves.

“We haven’t gotten to the point yet where drivers have to drive two routes,” Floyd said. “I managed to keep the routes covered. But we’re so rural and our routes are so long that it’s different in a rural setting than in a city.”

Still, drivers only have to work about four hours a day and can opt to receive a year-round paycheck, plus benefits, so not finding drivers has been frustrating for Floyd.

“At the end of the day, people don’t want to work anymore,” Floyd said. “This younger generation just doesn’t want to, and that’s not a bad job.”

Randy Jennings has been a bus driver for 17 years in Randolph County and will retire in November. He enjoyed his time behind the wheel, but said things got tougher with fewer drivers. He said he had experienced a time when he needed a day off and was unable to get it.

“You can go to school and write for a sick day or a personal day, and there’s no bargaining; you get it,” Jennings said. “But if you just need a day off to go do something, maybe you don’t have a driver, so you can’t go.”

While some districts have raised school bus driver salaries, rural Alabama counties are struggling to find funds to do so.

Jacobs said he hopes something happens statewide to encourage more people to get their CDL license and drive school buses.

Another problem facing rural areas is the lengthening of bus routes. Floyd said some of the routes are getting even longer. For example, he had to cut a route in the town of Woodland because a bus driver retired and there was no one to fill the position.

“It also discourages the driver,” Floyd said. “They say, ‘my route is two hours now, and it was 45 minutes. It’s a tough situation right now.”

Rural areas also face higher maintenance costs for buses that run on dirt roads and roads that have not been well maintained in less populated areas.

“It beats them pretty badly,” Jacobs said. “In 10 years, those on these dirt roads, the front fell apart.”

Jacobs said the school system has gotten new buses through grants over the past two years, and the state pays for much of the maintenance costs. He said that although the state is getting more money from COVID funds, local school systems cannot depend on that money for the long term.

“If you raise their salary a lot, that money has to come from somewhere,” Jacobs said. “The state doesn’t give it to us. It comes from the general fund, or you cut somewhere else.

“I think we all know that these expenses like this can’t continue. Then you change the pay scale and you’re responsible for these people for the rest of their careers.”

Jacobs said the problem started before the COVID-19 pandemic, but got worse.

“We have three retiring this fall, and it’s going to be difficult to find replacements,” Jacobs said.

Floyd said he could tell COVID was already starting to impact schools again this year.

“It looks like next week I’ll be in even more trouble,” Floyd said. “I have absentee drivers, and COVID is starting to ramp up again too… you take a driver five days less than the bus without subs; that’s bad.”

“We told them if you want to get your license, we pay their subs so they can get up and go,” Jacobs explained.

Jacobs said being a bus driver can be very rewarding, and he hopes people can see the need and warm to the idea.

“It’s like anything; it’s building a relationship with your kids,” Jacobs said.

“It’s the kids to me, and that’s it,” Jennings added. “I have a good group of children.”

Don’t miss! Subscribe to our newsletter and receive our top stories every morning of the week.

Thanks for the music | News, Sports, Jobs