It is a special achievement to own a piece of USGA history. Even more special when shared with a loved one. Kathy and Kay Cornelius are the only mother-daughter pair to win USGA Championships. Kathy, 89, won the 1956 US Women’s Open and Kay, 55, became the youngest to win the US Girls’ Junior in 1981 at age 14.

Both now live in Arizona near Kathy’s eldest daughter, Karen, who celebrated her second birthday the day her mother beat Barbara McIntire in an 18-hole playoff match at Northland Country Club in Duluth, Minnesota.

“We didn’t have daycare,” Kay said of life on tour. “We hit 18 holes every day and lived and breathed every shot.”

Kathy McKinnon grew up in Lake Worth, Fla., and at age 16 drove the 180 miles north to Lakeland, Fla., to study and play golf for Florida Southern College’s men’s team, where she replaced when they were shorthanded. There, she fell in love with Bill Cornelius, who worked as an assistant at the city-owned Cleveland Heights golf course. Kathy married and turned professional in 1953, leaving school early to pursue her passion.

“I just couldn’t resist playing golf,” she said, later joining the LPGA in 1956 after giving birth to Karen. She won twice that first year, including a major. 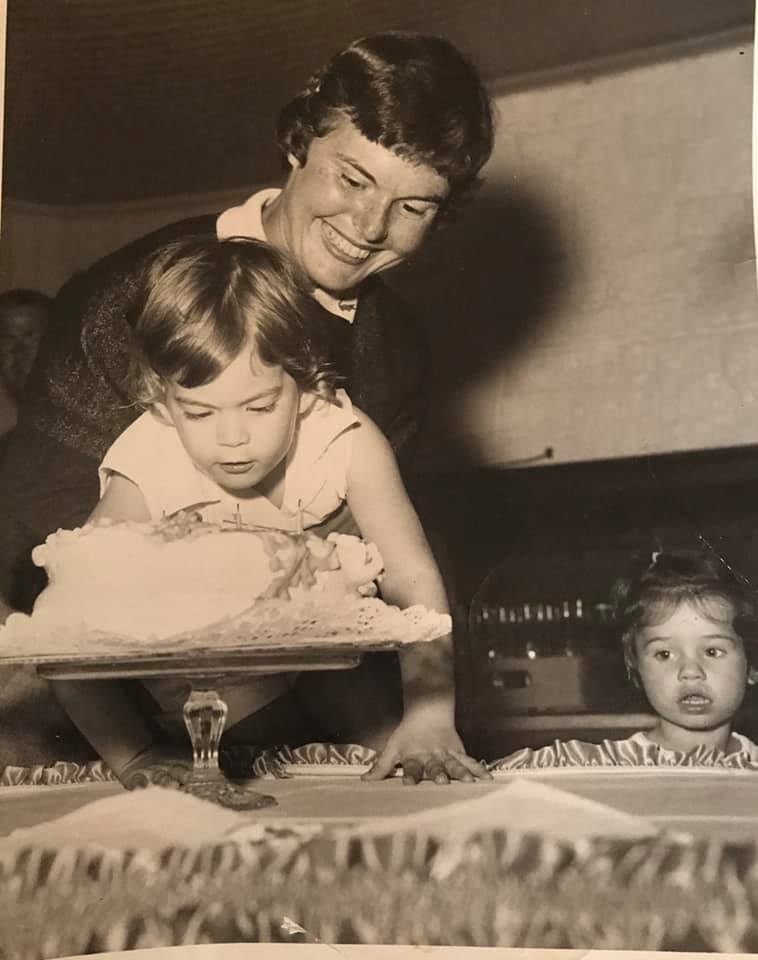 Karen’s best friend on tour was Bonnie Bell, daughter of Peggy. Kay, 12 years her junior, was friends with Judy Rankin’s son, Tuey. The kids were welcome in the locker room most of the day, Kathy recalls, and on occasion even went inside the ropes during a practice round to hit a shot. Patty Berg’s weekly clinic was a must-attend event. Karen and Bonnie watched it so many times they could recite every word.

They traveled strictly by car in those early years because the money they gambled for did not justify air travel. Plus, Kathy said, there were toys to wrestle with.

Kathy has won seven times on the LPGA in a career spanning almost 30 years. Bill traveled with the family most of the time, working part-time for Golf Pride grips while on tour.

“I look back to my parents,” Kay said, “and for my dad, in this generation, letting mom be the centerpiece of the family and supporting what she did…it was unheard of.” 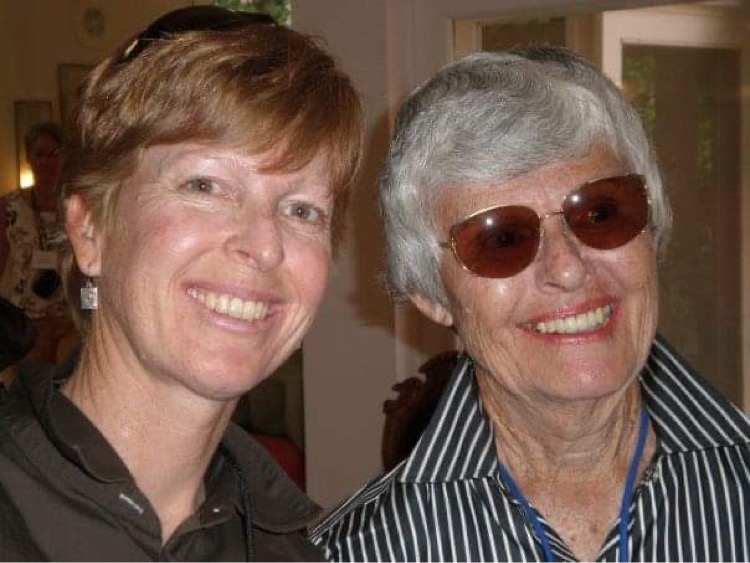 Kay and Kathy Cornelius are the only mother-daughter pair to win USGA Championships. (courtesy photo)

When Kay was 4, her parents opened a driving range in Litchfield Park, Arizona, and she had unlimited access to shooting balls every day. Kay wanted to follow in her mother’s footsteps, but it was her father who taught her the game. It’s impossible to measure what she learned by watching Nancy Lopez, Judy Rankin, Pat Bradley, Kathy Whitworth and Sandra Palmer during all these years.

The family moved to Scottsdale when Kay got older for easier access to competition, and she grew up with sisters Heather and Missy Farr, and Dina and Danielle Ammaccapane.

Kay’s victory at the US Girls’ Junior earned her a spot on the court at the US Women’s Open at age 15.

“All these caddies and players knew my mother and I was here on the bill,” Kay recalled. “I was so nervous.”

Kay played collegiate golf at Stanford and played professionally for a time in Europe and Asia, but eventually found that, like her father, teaching the game suited her best. She keeps a busy schedule on the practice tee where she teaches at Foothills Golf Club in Phoenix and Mesa Country Club.

“It may be true that I played my way a few times,” said Kay, who wasn’t as emotionally balanced as her mother.

“I think I’m really doing what I’m supposed to do in my life.” 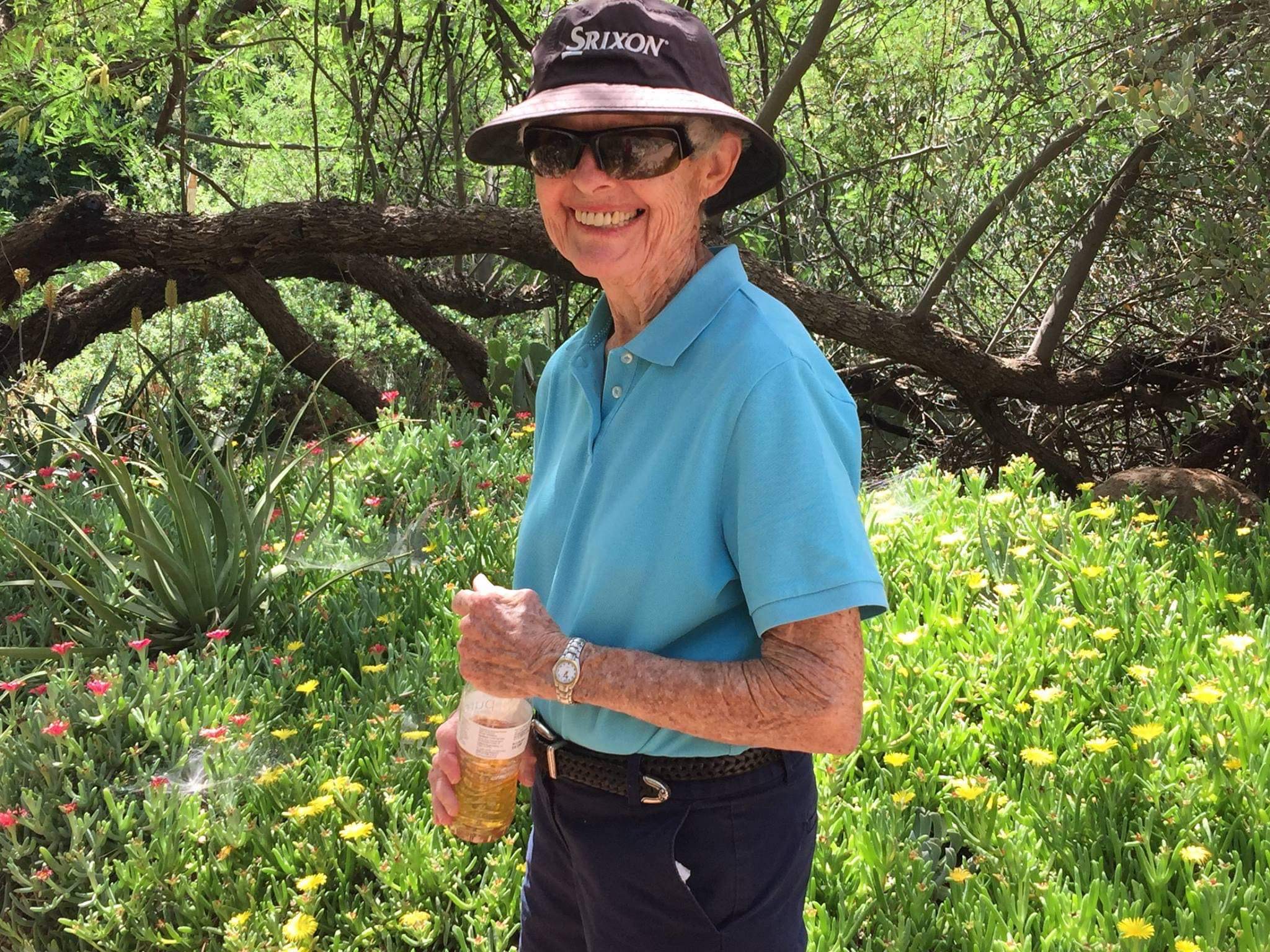 Kathy Cornelius has won seven times on the LPGA.

Bill Cornelius died three years ago at the age of 86. The couple owned a small golf component business, Magique Golf, French for Magic, until the early 2000s.

Kathy said she no longer gambled because she got out of the habit, but carried around an old throwing wedge as a cane, as recommended by her doctor.

“I don’t know if he would be too nice if he knew that’s what I use,” Kathy said, “but I think he would understand.”

Kathy never hit the ball as far as she thought she needed to, but she kept it in the fairway. She goes upstairs in her Chandler home almost every day now to work on her putting, and thinks she’d be a better putter if she was still competing.

The great-grandmother of two tends to get carried away if she walks past a mirror or sees her reflection in the back door.

“I check my backswing,” she said.