As students return to the classroom, K-12 district leaders face the difficult task of preventing and mitigating cybersecurity threats to their districts. School systems have become a popular target for cybercriminals in recent years due to their growing reliance on technology and wealth of data. It’s a growing problem that produces costly ramifications for school districts of all sizes across the country that are already struggling with tight budgets, staff burnout and retention, and a myriad of other challenges. 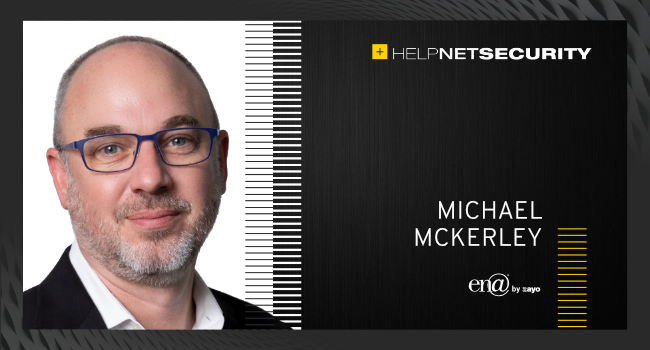 Cybersecurity has long been a concern for school districts, but those concerns have intensified over the past two years. A growing number of DDoS attacks are targeting schools in an effort to shut down operations, and some of them have even been orchestrated by students. Successful attacks can take a school district offline for hours and severely disrupt learning environments for students and faculty.

Ransomware attacks are also prevalent in education due to their profitability and headline-grabbing abilities. In a ransomware attack, hackers break into a district’s network and encrypt data, preventing the district from accessing it. They usually charge a large ransom to decrypt the data, often millions of dollars, and if refused, they sometimes publish the data publicly online, exposing the personal information of students and staff.

With all of these factors in play, a cyberattack can bring an educational institution to its knees, putting student data at risk, disrupting school operations and shutting down networks. The financial impact of cyberattacks on schools is equally devastating. On average, it costs educational institutions $2.73 million to address the impact of a ransomware attack, including the cost of downtime, data recovery, device repairs and network, security updates and lost opportunities.

Why are cybercriminals attracted to schools?

K-12 school districts might not be the first target that comes to mind when you think of cyberattacks, but for cybergangs, schools can be a gold mine.

First, school districts house a huge amount of sensitive data. Often the names, addresses, birth days, and social security numbers of students and staff can be found in a school’s database, making it very attractive for a malicious actor to steal the data and sell it. on the dark web or encrypt them and charge the district an exorbitant ransom to regain access.

Additionally, most school districts rely heavily on technology and their networks to run their day-to-day operational systems. The shift to distance learning during the pandemic has also accelerated the uptake of digital learning. Teachers and students, many of whom are now equipped with 1:1 devices, are leveraging online learning tools and resources to improve teaching, conduct assessments and communicate outside the classroom. Hackers are aware of this growing dependency and are exploiting network vulnerabilities to disrupt learning and district operations.

In addition, many school districts are facing labor shortages and employment competition with businesses. Cybersecurity professionals play a central role in ensuring that critical network infrastructure and complex information systems remain secure. But with 30% of the current workforce considering a career change, the future of cybersecurity in schools hangs in the balance.

How can schools defend themselves against the increase in cyberattacks?

With cyberattacks posing a very real threat to K-12 schools, it’s important for districts to take a proactive approach to their cybersecurity posture. Now is not the time to be reactive and wait for an attack to occur; It’s time to act. Here are three strategies schools should consider implementing to help protect their digital learning environments:

1. Create an ecosystem of security solutions with unified threat management

With unified threat management, schools can ensure all security solutions work together to protect against internal and external threats. Unified Threat Management provides critical network visibility and control through a co-management portal, enabling a holistic approach to security. As a result, security infrastructure is simplified as security and network functions are combined into a single ecosystem, making threat detection and mitigation easy to spot and execute, respectively.

A critical part of combating DDoS attacks is DDoS mitigation and cleanup, which proactively scans and scans a network for attacks and drops malicious packets. A DDoS mitigation service with automated capabilities enables schools to adopt a “set it and forget it” mindset as it activates in real time without relying on a user to analyze a threat and then apply for mitigation. With DDoS mitigation in the background, school operations can resume as usual without worrying about losing internet connectivity.

As the school year shifts into high gear, the current cybersecurity crisis should be seen as a universal problem that is being addressed not only by education officials, but also by policy makers and government leaders, edtech partners and vendors, school boards and community members. Fostering district-wide and community-wide conversations around this critical issue as well as developing and implementing cybersecurity strategies can help K-12 school districts prevent and mitigate cyberattacks.