One of four auto technicians interviewed at a car dealership said he didn’t like his job.

But it’s worse than service employees who just give notice and walk away. They will often speak ill of the work to others.

“They say they wouldn’t recommend a career (as an automotive technician), and that hurts recruitment,” says Collins (photo below left). 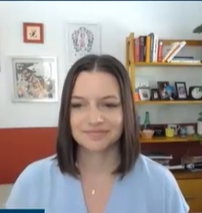 Why are so many mechanics upset? It’s mostly about compensation, Collins said during an Automotive News webinar titled “Avoiding the ‘Big Quit'” that focused on dealership fixed operations.

It’s not so much how much most technicians get paid, but How? ‘Or’ What they are remunerated: a flat rate. This means that if they are not working on a vehicle, they are not being paid for their work.

About a third of the time dealer technicians are on the job is unpaid, Collins says. “It costs them an average of $17,000 a year.”

But, as usual, it’s not just about the money.

“Money isn’t the only problem,” Collins says, noting that a bad dealership “culture” can foster dissatisfaction.

Technicians who walk don’t just go to another dealership. “A lot of people are leaving the industry,” says Jay Goninen, president of WrenchWay, which matches potential service employees and employers.

Technicians who bolt often “go into areas like electronics and HVAC, where they can use their hands,” he says. “A lot of them are looking for something different.”

Many dealerships pride themselves on running employee-friendly workplaces, but many mechanics “feel like all dealerships are the same,” Goninen says.

He and other webinar participants offer tips on how dealerships can increase employee satisfaction (which, in turn, can affect customer satisfaction).

“Dealers who take good care of their employees are able to show that they are good places to work,” says Goninen.

He recommends auto retailers “open their eyes to flextime” and ditch flat-rate technician pay. Currently, about 75% of them are paid this way.

Joel Furno, founder and CEO of Citrin, an employee placement firm that specializes in entry-level dealership employees such as porters and valets, says that to hire and keep great employees, dealerships must:

Dealerships that consistently hire and retain productive employees “describe career opportunities,” Collins says. “It helps when people know what they can achieve and get help to get there.”
Many dealership managers think they’re doing well in employee relations when in fact they’re not, Goninen says. “A lot of dealerships say their people are a #1 priority, but it’s not on their to-do list. Move it up. Make it actionable every day.

Still, it’s sometimes hard to consistently spread happiness in a dealership, which Collins calls a “place of bustle.”

After-sales service has traditionally been a male-dominated workplace, but that is slowly changing. About 2% of auto mechanics are women.

But many of them are exceptional employees, says Dana Rapoport, diversity and inclusion manager at the TechForce Foundation.

She says she spoke with about 60 automotive technicians. His conclusion: “Women have the drive and a deep sense of commitment to this work.”

Webinar participants Jen Campbell and Nicole Cockcroft are two women who have risen through the ranks of fixed-function dealerships. Both started out as service advisors.

“I was the only woman at that end of the compound,” she says. “There were 35 guys. They were helpful and kind. When we all earn money, we are all happy.

Cockcroft is currently responsible for parts and service at Mazda’s corporate headquarters in the city of Clermont, Central Florida.

At first, she says she met two male employees who weren’t used to a woman working in after-sales service. “But once we got the team vibe, everything was fine.”