“Ten years ago, if you said there was a way to hire people, no questions asked, I would look at you like you were crazy!” says Joseph Kenner, President and CEO of Greyston Bakery, the pioneering open-hire social enterprise in the United States.

A 14-year veteran of corporate America — with global heavyweights such as Pepsi, Lehman Brothers and Chubb dotted throughout his stacked resume — Kenner explains his motivation for transitioning into the social enterprise sector.

“I wanted to be connected to a aim,” he says. “Being part of something bigger than me, the company and any product we make or service we provide.

“It’s a travesty when people want to work, but they are prevented from doing so. To Greystoneour aim is to provide work opportunities, especially to people who are traditionally excluded from employment.

“Research shows that employees and consumers are drawn to companies that stand for something,” he says. “People don’t just want to buy a product. They want to contribute to a cause that adds a net positive to society.

His observation is confirmed by various studies.

For example, according to the 2022 Edelman Trust Barometer, 57% of Gen Z consumers expect a the brand’s position on pressing social issues be very visible at the time of the transaction.

You will find his open hiring message on the advertising content of his most famous distribution partner, Ben & Jerry’sto whom the company has sold several million pounds of chocolate brownies every year since its partnership began in 1987.

Greyston’s open hiring policy is to hire people who face significant barriers to employment – for example, ex-offenders, homeless people, recovering alcoholics or drug addicts and even people with gaps in their curriculum vitae.

Each candidate is seen as who they are today – and who they could become tomorrow – rather than defined by their past.

So the usual volley of resumes, interviews and background checks play no part in the company’s recruitment process. But this does not mean that candidates are not asked any questions.

After all, Greyston is a bakery, so applicants must answer three simple eligibility questions:

If a candidate answers “yes” to these questions, they will undertake a paid apprenticeship with Greyston at its manufacturing facility in Yonkers, New York. And if they successfully complete the apprenticeship, they will be offered full-time employment.

How does open hiring work?

Candidates put their name on a waiting list and when a position becomes available, they are offered a job opportunity. All candidates need is the will to work.

To describe the principle of open hiring, three adjectives immediately come out of Kenner’s mouth: “inclusive, innovative and revolutionary”.

And when asked to sell the open hire in a 10-second elevator pitch, he does better and delivers it in just 10 words. “Give the job to the next volunteer person in line.”

It was this desire to work that Bernie Glassman, a former aeronautical engineer turned Buddhist monk, was looking for when he founded Greyston in 1982.

Some 41 years later, a candidate’s willingness to work is still the only prerequisite for gainful employment with the company.

What sectors is open hiring suitable for?

Kenner insists that Open Hiring is not a program, but a business model, and he readily admits that it is not appropriate for every profession, company or industry.

“Open hiring is for entry-level positions where you can learn the job, on the job.”

He identifies the “sweet spot” of the open hiring model: “Open hiring is for entry-level positions where you can learn the job, on the job.”

Although background checks, for example, are not always necessary in industries that rely primarily on entry-level front-line workers – such as manufacturing, distribution, retail and food service where applicants can be trained on the job – the education, government, healthcare and financial sectors are entirely dependent on it.

Greyston has over 30 open hiring “replication partners” who have adapted its model to their business operations. Prominent practitioners are The Body Shop and, more recently, Ikea.

Citing the example of Greyston and that of The Body Shop, Kenner outlines six reasons companies are considering implementing open hiring.

According to the Society for Human Resource Management, the average cost per hire in the United States is around US$4,700.

But that figure may well be conservative.

Some employers estimate that it may cost three to four times the position’s salary to fill the vacancy. This estimate includes screening resumes, conducting interviews, background checks, and administering drug tests.

Shortly after adopting open hiring in 2019, The Body Shop realized savings on recruiting costs which it then redirected to training and development, programs and benefits to help staff with transportation issues, for example, that make it difficult to get to work on time.

Kenner notes that open hiring at The Body Shop has seen the company’s time to hire drop by 30 days, or about mediumto approximately 5-10 days, a reduction of up to 84%.

In some cases, candidates have landed jobs as customer advisors in the cosmetics company in as little as 24 hours.

Open hiring has led to a dramatic reduction in turnover at The Body Shop.

“During the first year of onboarding open recruitment by The Body Shop [at its Raleigh warehouse in North Carolina], the company saw the turnover rate of seasonal workers drop 60% from the previous year,” says Kenner. “And warehouse productivity has increased by 13 percent.” 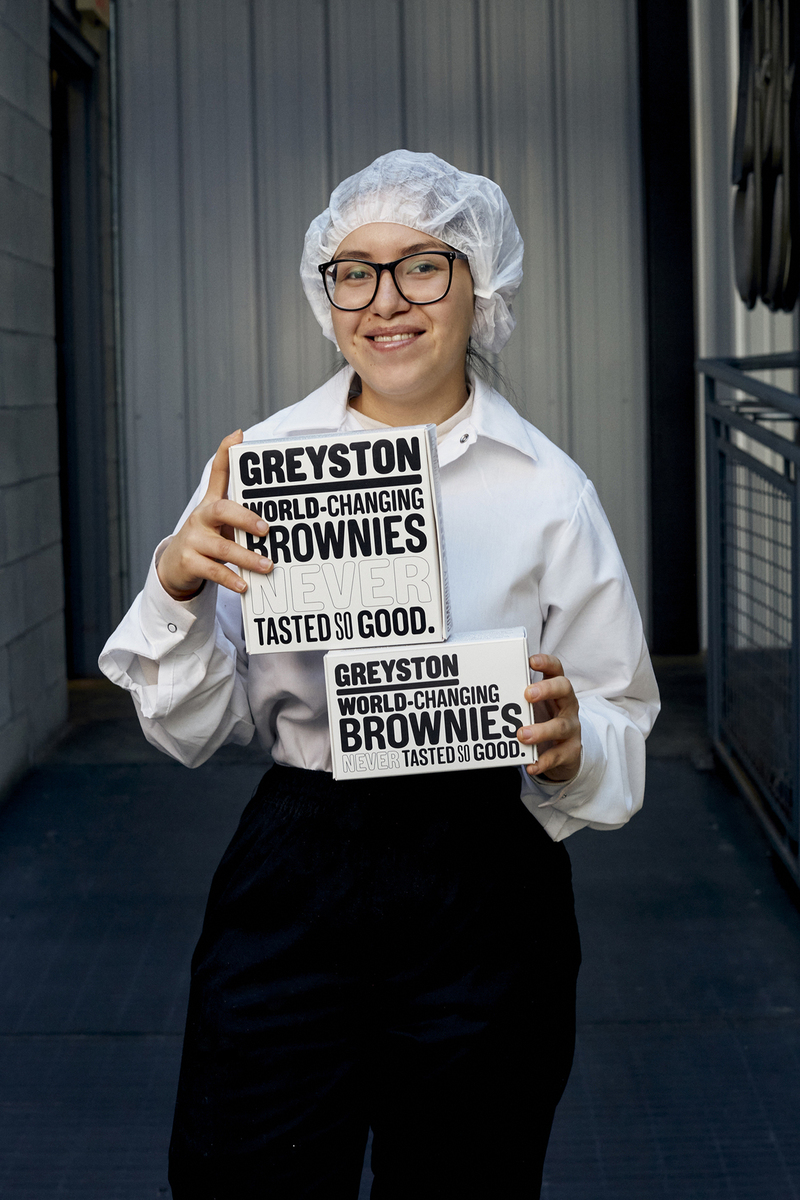 Kenner recommends open hiring as a diversity, equity and inclusion (DE&I) strategy. “You are admitting people who have traditionally been excluded from employment – ​​whether because of AI in our recruitment strategy or our personal biases,” he explains.

When it comes to evaluating the effectiveness of companies’ DE&I strategies, his mantra is to “look at the data and let it guide you.”

Kenner points out that “The Body Shop’s employee pipeline – entry-level positions, fulfillment centers and retail outlets – is 60% people of color and 60% women.” It validates these statistics as a measure of the “true DEI”.

Greyston also saw open hiring diversify his leadership and base.

“Ninety-eight percent of our bakers are people of color and 30 percent are women,” he says. “People of color make up 30% of my board and 75% of my leadership team.”

In 2020, Greyston delivered approximately US$11 million of positive economic impact to his local community in Yonkers, one of New York’s largest cities.

“Our vision is to see our open hiring model replicated. If we fill at least 40,000 jobs through open hiring by 2030, that will unlock approximately $3 billion in economic impact in the United States.

“Our vision is to see our open hiring model replicated. If we fill at least 40,000 jobs through open hiring by 2030, that will unlock approximately $3 billion in economic impact in the United States,” Kenner said.

While Greyston posts impressive open hiring statistics, it’s the organization’s human interest stories that win hearts and minds, including those of its chief executive.

Kenner recalls the touching story of a mother of five named Shawna who was about to give up custody of her children because she couldn’t find a job.

Then came Greyston. Fast forward four years and Shawna is a supervisor at the bakery – with all of her kids in tow.

“Aiming to make a great product is a no-brainer. But really, our North Star is people like Shawna. They are the real product,” says Kenner.

In this regard, Greyston’s slogan is particularly relevant: “We don’t hire people to make brownies. We bake brownies to hire people.

The company’s efforts do not go unnoticed. On January 17, 2023, Greyston won the World Economic Forum/Schwab Foundation Outstanding Social Innovator of the Year Award.

Is open hiring safe and secure? 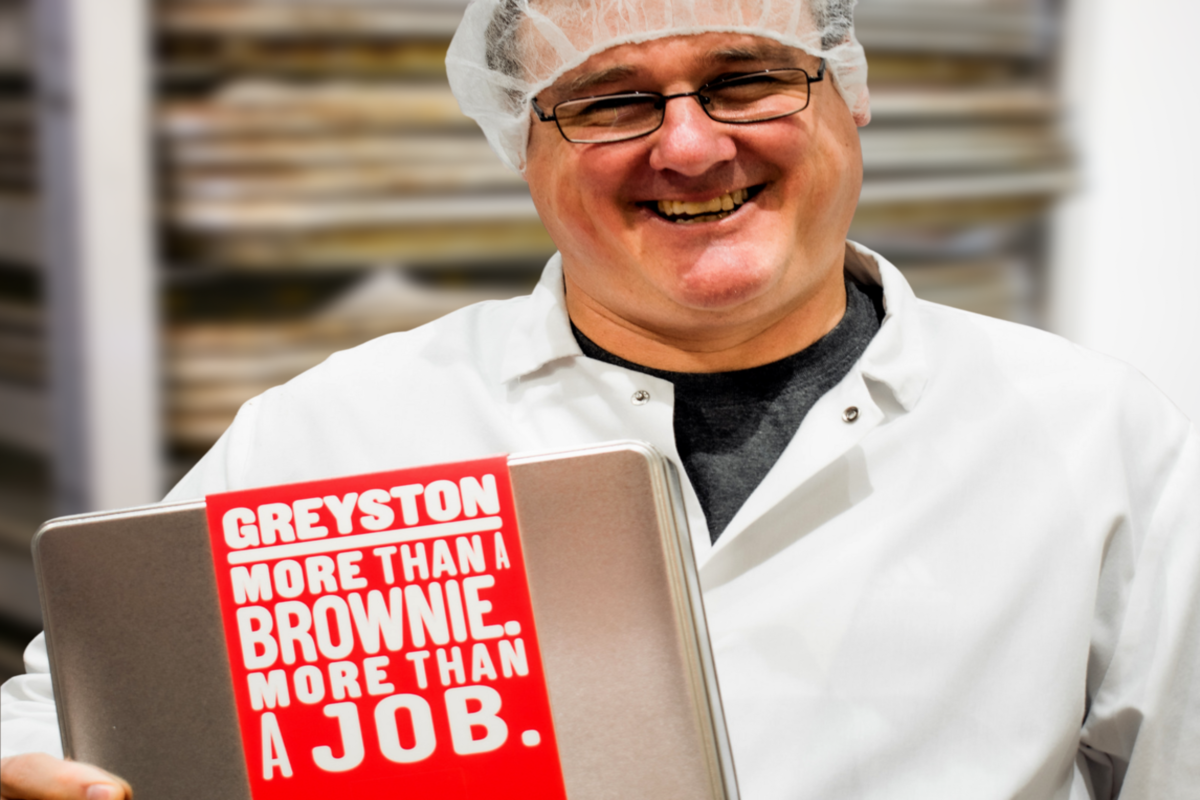 What would Kenner say to business leaders who remain skeptical of open hiring, especially those who argue that employment verification practices exist for a reason and abandoning them altogether puts client safety and security at risk? Staff ?

He anticipates the question well and answers frankly.

“I come from an American company, so I understand,” says Kenner. “But what I would say is that we are simply removing the barriers to accessing employment. A misconception about open hiring is that we also remove standards. The reality is that we maintain standards of performance and professionalism. If our workers cannot meet this challenge, we will unfortunately have to part ways.

And what’s next for Greyston? “We’re going to get other big companies to join the coalition and secure jobs for the people who need them most.”

With its products having been served everywhere from the junkyard to the White House, Greyston is well on its way to fulfilling its mission of showing how “business can be a force for good,” one bakery at a time.