Manoah Ainuu, who is a sponsored climber for the North Face, was part of Full Circle Everest, an all-black climbing team. Seven team members, plus eight Nepalese guides, reached the summit on May 12.

Ainuu, who was born in Compton, Calif., but moved to Spokane when he was 9, now lives in Bozeman. His parents own the popular Queen of Sheba restaurant in the flour mill.

Prior to the summit success, only 10 black people had reached the world’s tallest peak, while more than 6,000 people summited the 29,032ft Himalayan mountain in total. This month’s feat shows the continued diversification of historically white activity, Ainuu said.

Ainuu reached the summit at 1:34am and spent about 15 minutes at the top. The moon was out and he could clearly see the surrounding peaks. The climb itself, he said, was “easy” after years of hiking and climbing.

“The days are not too long. I don’t think there are days over 3,000 feet,” he said of the guided expedition. “The unknown for me was the altitude. The highest I had been before was Mount Rainier.

His path to the top of the world was not the typical American climbing story.

Her mother is a first-generation immigrant from Ethiopia. His first experience with outdoor sports was skiing at the resort town of Big Bear in California, where his father Layne took him once a year.

“They were young. They loved being out there in the snow,” said Layne Ainuu of Manoah and her sister. “It was different than being in the heat and the sun (of Compton). They have always loved the outdoors.

When Ainuu was 9 years old, Layne got a job at PAML Medical Laboratory and the family moved to Spokane. It was a culture shock for Ainuu.

“I was the only dark-skinned person in my class,” he said.

Ainuu has endured a number of racist and discriminatory encounters. The kids in his class called him “fucker” and once while hiking Tubbs Hill in Coeur d’Alene, someone shouted a common racial slur at him. These experiences, combined with a naturally shy disposition, drew Ainuu to more solitary pursuits.

“Moving to Spokane was really good,” he said, despite the discrimination. “That kind of kickstarted my outdoor experience.

“I never liked being surrounded by crowds. Climbing and skiing was a way to move fast and have fun.

As a student at Central Valley High School, Ainuu spent most of the winter possible skiing in Schweitzer. During his freshman year of high school, a friend took him rock climbing in Post Falls. While he was terrified of heights (“I even hated roller coasters”), he became addicted to vertical activity.

“He just loved it. He hung out with some really good kids,” Layne said. “We just cheered him on. We loved that he liked to get out there and climb.

After graduating from high school, he moved to Bozeman to attend Montana State University. There he skied non-stop and continued to climb. In 2017 he started ice climbing near Hyalite Canyon. Ice climbing supplanted skiing as his favorite activity and he became invested in the sport, eventually meeting Fred Campbell, a black climber from Seattle. The two got along well.

In 2019, Ainuu became a sponsored athlete for North Face, although he still worked two part-time jobs. Last spring, he became a full-time athlete for the outdoor clothing company. Layne said when his son signed with North Face, he told her he was happy for him “as long as you don’t climb Mount Everest.”

Layne must have been disappointed.

The dream of an all-black team was born while ice climbing in Ouray, Colorado in 2019. Ainuu was there, as were Campbell and fellow black climber, Phil Henderson. The three looked at each other and realized there were “three guys with dreads”.

From there, the idea of ​​an all-black expedition to Everest was born. Everest was first climbed in 1953, but a black climber only reached its summit if Sibusiso Vilano did so in 2003. The team traveled to Nepal in mid-January and taught at the Khumbu Climbing Center, which is dedicated to teaching technical skills to Nepalese men and women. climbing skills which can then be used to get guiding jobs.

The team returned to Nepal in April and began the trek to Everest Base Camp. Ainuu was joined by his wife Rachel for the trek. She is also from Spokane and has not summitted Everest.

Camp 3 seen on Mount Everest in May. Manoah Ainuu, who grew up in Spokane, was part of Everest’s first-ever all-black climbing team. 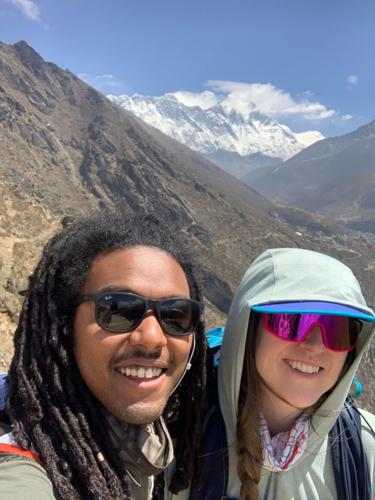 Manoah Ainuu, left, and Rachel Ainuu pose for a selfie while hiking to Mount Everest as part of the Full Circle Everest Expedition. 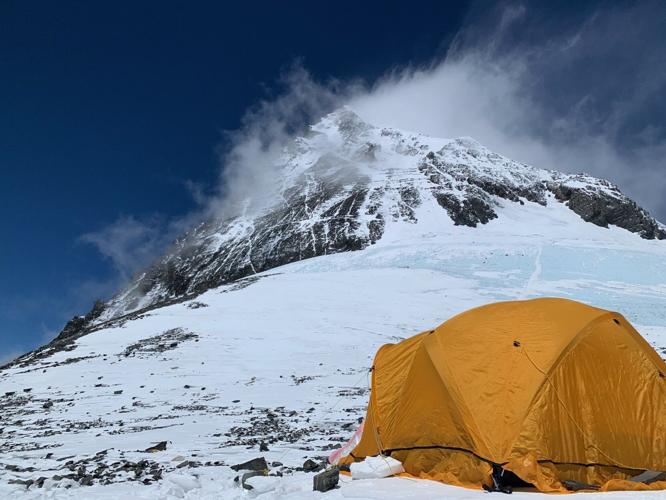 The summit of Mount Everest. 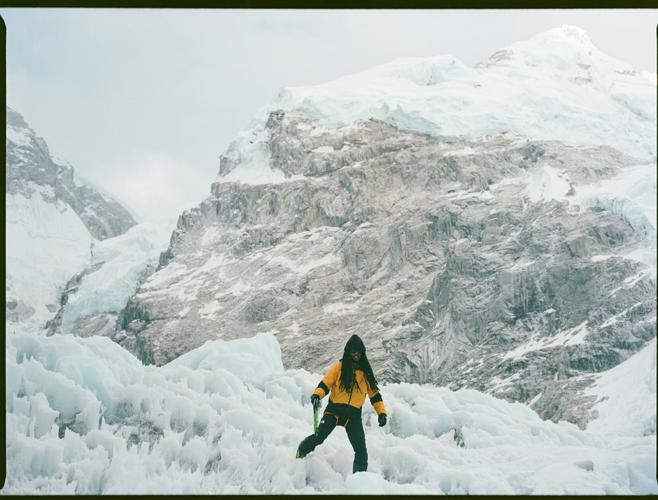 Manoah Ainuu seen on Mount Everest in early May. Ainuu, who grew up in Spokane, was part of the first all-black climbing team on Everest. 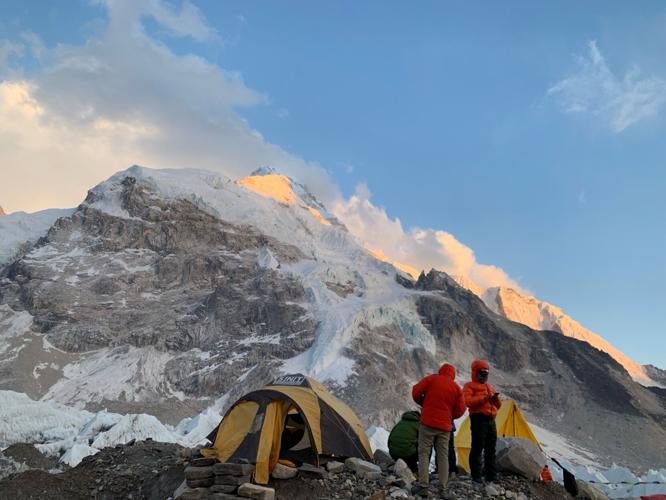 Mount Everest base camp seen in early May. Manoah Ainuu, who grew up in Spokane and lives in Bozeman, was part of Everest’s first all-black climbing team. 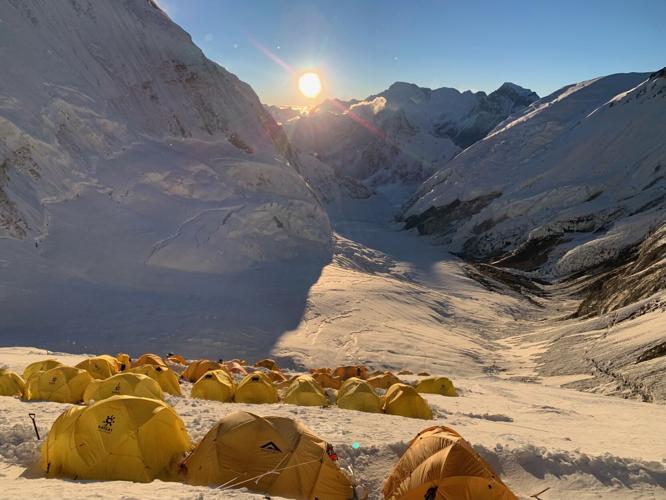 Camp 3 seen on Mount Everest in May. Manoah Ainuu, who grew up in Spokane, was part of Everest’s first-ever all-black climbing team.

Manoah Ainuu, left, and Rachel Ainuu pose for a selfie while hiking to Mount Everest as part of the Full Circle Everest Expedition.

The summit of Mount Everest.

Manoah Ainuu seen on Mount Everest in early May. Ainuu, who grew up in Spokane, was part of the first all-black climbing team on Everest.

Mount Everest base camp seen in early May. Manoah Ainuu, who grew up in Spokane and lives in Bozeman, was part of Everest’s first all-black climbing team.

The success of the May 12 summit made international headlines. Ainuu just wrapped up a trip to New York to do interviews and promotional work for The North Face. Ainuu hopes her example — and that of others — can help pave the way for a new generation of Black outdoorsmen.

“That’s why all of this is important,” he said.

Farmer and business groups call for action on water projects