Lange was born Dorothea Margaretta Nutzhorn in Hoboken, New Jersey on May 26, 1895, but grew up and attended public schools and colleges in New York City. Her father abandoned the family when Lange was only twelve, causing her to drop her birth name (Nutzhorn) in favor of her mother’s maiden name (Lange).

After college, Lange and a friend decided to travel the world before starting their careers. They drove all the way to San Francisco when they were robbed and had to stop to find work.

Before long, she had her own studio to photograph San Francisco’s wealthy and society. His studio became the haunt of San Francisco artists, musicians, writers and photographers. This community encouraged each other and helped create a desire to help those less fortunate.

Develop a heart for the oppressed

A common idea in the country at the time was that poverty was caused by laziness and that health problems resulted from uncleanliness and poverty. As a result, there was very little support for the sick or the poor. Dorothea had been struck down by poliomyelitis when she was 7 years old and suffered from long-term partial disability. She had a weak right side and walked with a limp. She knew that bad things can happen to good people and she developed a strong sense of empathy as a result.

One of the artists hanging around his studio was a western/cowboy painter named Maynard Dixon. They fell in love and soon got married and started a family. But Dixon spent much of his time painting on the road, and the couple separated, ending in divorce.

During this time, Dorothea was much more interested in the street people outside her window than the wealthy people in front of her camera. His photographs of desperate, homeless people on the streets caught the eye of a college economics professor named Paul Taylor. Taylor was researching agricultural economics. The plight of American farmers was at an all-time low in the early 1930s.

Paul and Dorothea began traveling together, bound by a common cause and soon by love, he interviewing migrant farm workers and she photographing them as they went. They got married and began a long and fruitful collaboration. Taylor was the opposite of Dixon in almost every way. Dixon was an artist and unreliable, Taylor was a steady economics professor in college. Taylor and Lange soon began working for the Farm Security Administration or FSA, the government agency tasked with helping distressed farmers.

As a professional photographer, Dorothea Lange always used the equipment she felt was most appropriate for the job. Most of the time it was a large format single lens Graflex SLR. 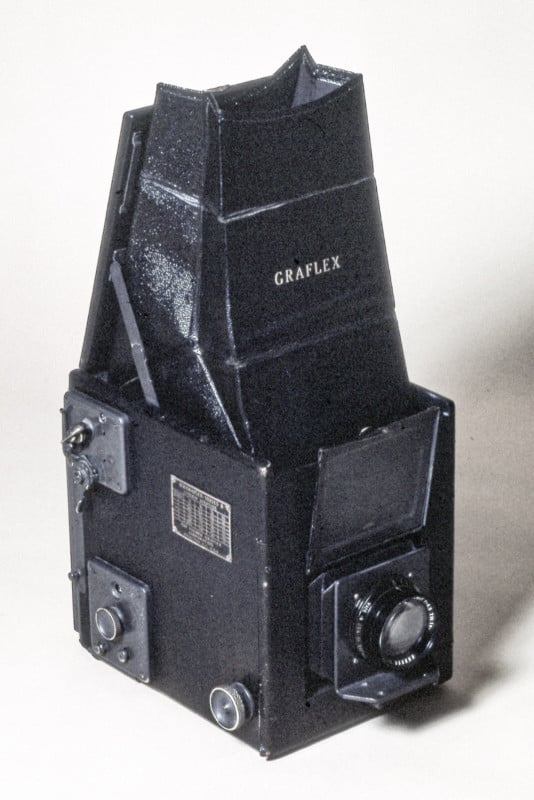 Lange’s most famous photograph was of Florence Owens Thompson in March 1936 at a pea-picking camp near Nipomo, California. The photograph, later titled Migrant motherwill be published hundreds of times and becomes the face of the Great Depression for many Americans.

Together they traveled all over the United States, interviewing all kinds of people in dire straits. His photographs appeared in newspapers and magazines as the public began to see for themselves the horrors the Great Depression had inflicted on so many people.

The photographs of Dorothea Lange along with other FSA photographers had an enormous impact on the political climate and were instrumental in building public support for President Franklin Roosevelt’s New Deal programs.

Public employment programs such as the WPA (Works Progress Administration) as well as relief programs were approved because people could see firsthand through photographs the devastation to lives caused by climatic and economic conditions that did not were in no way the fault of those who suffered the most.

Because of this change in attitude, we now have Social Security, Unemployment Insurance, welfare programs and many other safety net programs that prevented a major catastrophe such as the Great Depression does not happen again.

Just as we have photographers like William Henry Jackson to thank for our national parks, we can thank Dorothea Lange and the other FSA photographers for our economic safety nets and government programs that help protect our health and well-being at all.

During World War II, Lange was hired to document Japanese internment camps where Japanese American citizens were imprisoned during the war. It took many years before these images were declassified so that we could see the inhumanity imposed on our own citizens by the government due to the undeserved fear of immigrants, especially in times of war.

A co-founder of Aperture Magazine

After the war, Paul and Dorothea spent the rest of their lives traveling, writing and photographing those less fortunate. Their photographs and stories have often been published in major magazines such as Life as well as the magazine she co-founded, Opening.

Founded in 1952, Aperture set out to be “a common ground for the advancement of photography”, today Aperture is a cross-platform publisher and center for the photo community. From their base in New York, they continue to produce, publish and present a program of photographic projects, locally and internationally. This magazine offers a quarterly magazine, photo books, traveling exhibitions and other important contributions to the photographic community.

Due to Dorothea Lange’s influence and career, she became the first woman to receive the Guggenheim Fellowship in 1940. In 1945, she joined the faculty of photography at the California School of Fine Arts (now the San Francisco Art Institute) along with other outstanding photographers of the day. including Ansel Adams, Imogen Cunningham, Minor White, Edward Weston and Lisette Model.

Dorothea Lange died in 1965 at the age of 70. She was inducted into the International Photography Hall of Fame in 1984.

Pricing Analyst as a Career

How long does it take to become a nurse?