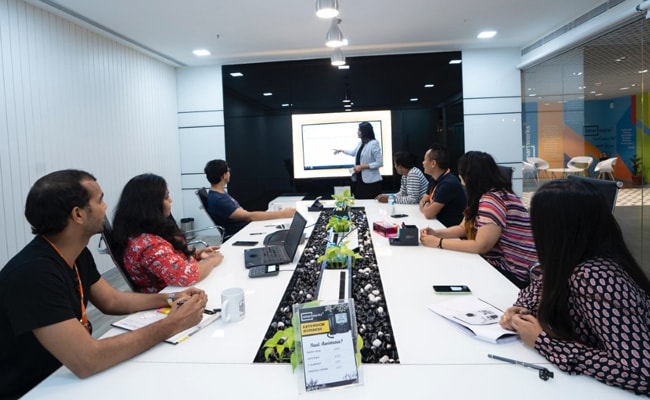 About 85 Indian CEOs said they would not reduce the size of their workforces. (Representative)

Amid growing geopolitical risks, a large majority of Indian CEOs indicated in a survey that they are cutting or planning to cut their operating costs, despite being more optimistic than their global counterparts about the economic outlook for their business. country.

However, most companies are not planning to cut their workforces or salaries, the annual Global CEO Survey released by consulting giant PwC revealed here on the first day of the World Economic Forum meeting.

The survey also revealed that about four in ten CEOs (40% of global respondents and 41% of Indian respondents) do not expect their companies to be economically viable in 10 years if they continue on their current path.

Additionally, around 78% of Indian CEOs, 73% of global CEOs, and 69% of Asia-Pacific CEOs believe that global economic growth will decline over the next 12 months. But the survey also indicated that despite the bleak global outlook, Indian CEOs are optimistic about the country’s economic growth. More than five in ten CEOs (57%) express optimism about India’s economy over the next 12 months.

By comparison, only 37% of Asia-Pacific CEOs and 29% of global CEOs expect economic growth in their country or region to improve over the next 12 months.

PwC further said geopolitical hot spots have prompted CEOs to factor the disruption into their scheme of things. Responding to a question about what actions, if any, their company is considering for the next 12 months due to the conflict in Europe, 67% of Indian CEOs said they were adjusting their supply chains.

Additionally, 59% said they were diversifying their products and services; 50% highlighted that they were increasing their investments in cybersecurity and data privacy, and 48% talked about adjusting their presence in current markets and/or expanding into new markets.

“In response to the current environment, 93% of Indian CEOs (compared to 85% of global CEOs and 81% of Asia-Pacific CEOs) say they are reducing or planning to reduce their operating costs,” the report said. investigation report.

The survey was conducted among 4,410 CEOs from 105 countries and territories, including 68 Indian CEOs, between October and November 2022.

Cost reductions are on the priority list everywhere, with around 93% of Indian CEOs saying they are reducing, have reduced or plan to reduce operating costs and boost revenue growth to alleviate economic challenges and the volatility.

However, around 85% stressed that they would not reduce the size of their workforce and 96% said they had no plans to reduce compensation, demonstrating their determination to retain talent.

Despite evidence of a global economic slowdown, persistently high inflation and the worldwide repercussions of the conflict in Europe, the outlook for India’s economic growth has been largely positive.

According to the World Bank, even though India’s economy may show weaker growth in 2022–23 compared to 2021–22, it will still be one of the fastest growing major economies in the world due to its robust domestic demand.

The World Bank has also revised up its 2022-2023 GDP forecast for India to 6.9% from 6.5% (as of October 2022), while the Reserve Bank of India in its latest report has slightly lowered its projection to 6.8% for the current fiscal year, attributing the same to a global slowdown.

(Except for the title, this story has not been edited by NDTV staff and is published from a syndicated feed.)

Featured Video of the Day

Another big victory for the RRR of SS Rajamouli. This time at the Critics Choice Awards