You’ve spent years in a single role, mastering the skills necessary to thrive. And as you find yourself getting through most workdays, you are hit with an epiphany.

The thought of nurturing such a radical notion is daunting, not to mention the litany of concerns you’d have to start over.

But some Singaporeans have had the courage to brave the odds, and they’re here to share how career-changing myths are, as the name suggests, myths.

Here’s what six Singaporeans have to say about their worries about their first career move and how it worked out for them.

1. Passion won’t pay your bills or put food on the table.

One of the most common myths in society about career change is that you will give up stability in the name of pursuing what you want.

Thirty-something Tania Mae fell prey to these so-called ‘warnings’ when she felt like quitting her job at the Urban Redevelopment Authority (URA) to work in the esports industry.

However, the geography major said she doesn’t listen to what people say because she knows in her bones that esports is her passion.

“I was scared, of course,” Tania confessed. “When I handed in my resignation letter, I was still held back by doubt.”

“I couldn’t help but think I was giving up a good salary. On top of that, I was leaving without a job offer. Yeah, you heard right, she didn’t have a plan B.

Tania ended up spending three years without a full-time job. She became independent and even applied for internships to get by. Until one day Lady Luck smiled at her and she landed a job as the editor of an esports media company. 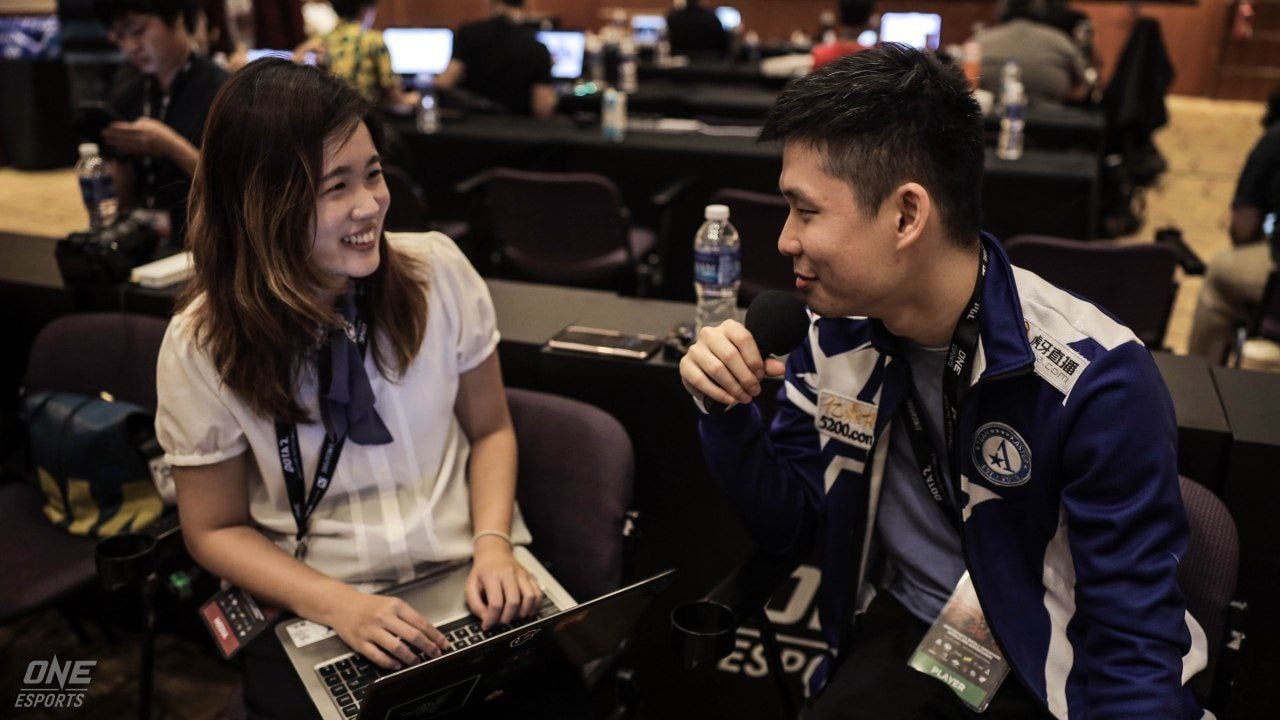 Since then, she has been living the dream of pursuing her passion as a profession. Earlier this year, she was sent to Busan, Korea to cover the League of Legends MSI 2022 tournament. 2. Not being able to perform well in an entirely new field of endeavor

Before becoming a firefighter with the Singapore Civil Defense Force (SCDF), 28-year-old Marissa Eliza worked for several years in a managerial position in a medium-sized company. 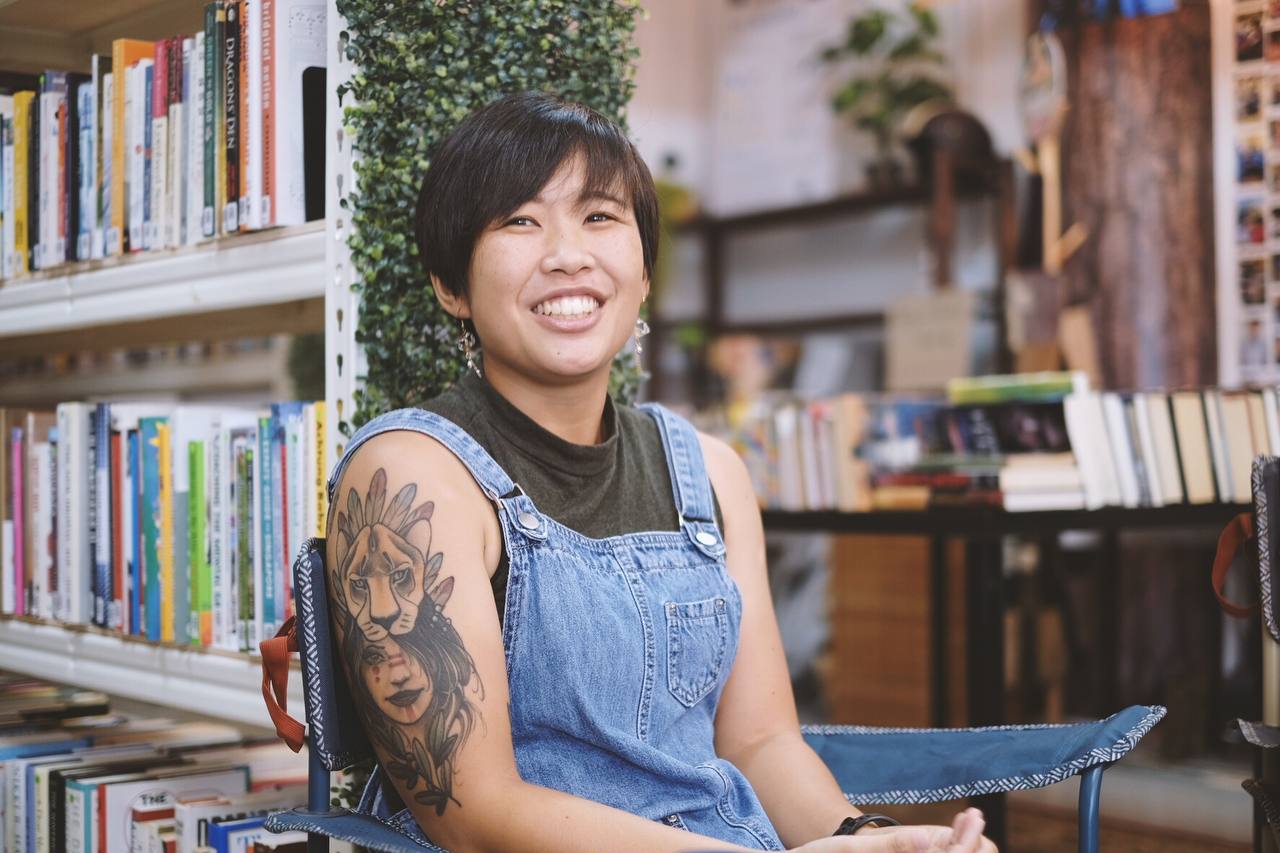 The drastic shift from a comfortable office environment to one where she had to risk her life to save others was a concern for those close to her.

She was also unsure if she would be competent enough to be a firefighter, as the job was more physically demanding and dangerous – a 180 degree change from her previous role.

“I struggled with the skill part at first, but I had colleagues and mentors to help me along the way,” she said, adding that she has no regrets about going. chasing his childhood dream.

When asked if she had any advice for others who might be in the same boat, Marissa said it’s best to approach career change strategically and objectively with these questions in mind. :

“Once you’ve looked at these areas and your answer is yes to all three questions, just take the leap of faith and make the switch,” she said. “Because you’ve fully prepared for the worst-case scenario, things can only get better from there.”

3. Difficult to negotiate a higher salary with different professional experiences

Although he is only 30 years old, Darius Ng has worn many hats in various sectors.

First, he was in the Republic of Singapore Air Force (RSAF). He then became an air steward at Singapore Airlines and then a financial advisor. Now he’s an account service manager. “My experiences with the Air Force and financial services were considered niche, so it was difficult to negotiate a higher salary at first,” Ng admitted.

“But that doesn’t mean you’ll be stuck forever,” he continued. “Work hard and smart, because once you know how to get noticed in your new job, the progression you seek will eventually come.”

4. Loss of stable income when transitioning to self-employment

Tired of the typical 9-to-6-year-old lifestyle, 29-year-old Chong Vin Nee has moved on and quit her corporate job to strike out on her own.

“I like the flexibility and I’m willing to trade the rigidity of job security for the ability to do projects on my own time and at my own pace,” she said.

At first, the thought of incurring a significant loss of income initially was his biggest concern. But Chong, now a private tutor, said it depends on what job you’re headed for.

“Since I switched to something that lets me choose my own hours, technically you can earn a lot more by working more,” she said while denying that she had to be financially disciplined and save diligently. .

Chong also felt that a career change does not necessarily mean a salary increase or loss.

“It depends on your bet. Do you take a temporary pay cut in an industry where you will end up earning more? »

“Or is it something like mine where you go straight to something that can pay more?” There are a lot of factors to consider, she pointed out.

5. Risk of quitting a job less than a year later

The idea of ​​changing careers can come from the first month you started a new job, only to realize that working in a certain industry was a bad idea.

Take Rachel Ong, for example. The 31-year-old senior account manager decided to make the switch from a media publishing company to a creative agency.

She started out as a writer, but eventually found client campaign management was her calling.

“I only stayed three months, and that was the shortest time I spent in a full-time job. But the hour-and-a-half daily commute was exhausting and there were no benefits viable enough to keep me going.

“I also felt like the job didn’t give me room to grow and was very repetitive day in and day out. Coupled with the fact that I couldn’t really communicate with my colleagues, I decided to leave at the time of my probation period to avoid the two-month notice period,” she said.

She then successfully blazed another path at a creative agency. Ong said that while being the bridge between clients and her team involved a steep learning curve, the benefits were greater and she was able to form meaningful relationships with her colleagues.

“People sometimes find it risky to leave a job less than a year later, but I think sometimes you have to listen to your instincts.

“If you feel in your heart that something is wrong with you, you shouldn’t put up with it just because it might ‘look better’ on your resume. It might just be a waste of time and energy,” a she declared.

‘Aisyah Osman, 29, who worked as a tour assistant for almost two years, wanted something more in life when she realized her progress was limited.

Tourism was also not what she had in mind for a long-term career.

“I only went into tourism at first because it was the only offer I had. But my part-time teaching gigs made me realize that I love working with children,” said she declared.

Now a kindergarten teacher, ‘Aisyah is no stranger to career change myths, as the change in industry has been drastic. She recalled being told that changing careers made her feel like she lacked the perseverance to work harder and stay longer in her current job – traits associated with the “strawberry generation.” “.

“To be honest, I don’t think that means you’re fickle or can’t persevere. It means you are looking for a job that is worthwhile and contributes to your quality of life.

“Once you achieve that goal, then you can make a much better contribution to the people around you, your loved ones and the community,” she said.

Browse over 2,200 immediate job openings at the e2i virtual job fair until December 31

If reading the stories above has inspired you to make a change for yourself, there are better ways to start the job search process, like career coaching and learning how to improve your resume, than diving in. blindly in the applications.

The e2i Virtual Career Fair (Job and Employability Institute) happens now until Dec 31. Over 2,200 immediate vacancies are available from employers in the restaurant, retail and hospitality sectors, such as Uniqlo, Japan Home, DFI Retail Group and Paris Baguette.

Over the next few weeks, the fair will take place online 24/7, where you can chat online with potential employers on a scheduled date and attend virtual interviews from the comfort of your home.

Once you have passed the interview, you can also track your interview status online. No more spending weeks aimlessly waiting for an answer.

Changing careers can pay off if you are well prepared

Life has many paths for those who have the courage to fight for more.

There’s no shame in sticking with what you know and enjoying the stability of long-term employment. Loyalty has its rewards.

But for those yearning to broaden their horizons, we hope these stories inspire you to bring about change in your life.

And before you do, make sure you’ve done your homework.

This post has been brought to you in collaboration with e2i.

Many Americans work side by side to make ends meet: survey